But a new paper shows that the human brain might stand in the way of enterprise entrepreneurship.

This study by Daniella Laureiro-Martínez and others using fMRI shows that entrepreneurs use their entire pre-frontal cortex when exploring opportunities. In contrast, managers use only the left side of the frontal lobe.

While the public over-generalizes the specialization of the two sides, we know that thoughts that exclude the right side of the brain focus on linear, specific, concrete things, like numbers. Whole-brain thinking adds more creative thoughts in the sense of considering things that aren’t yet real.

The scientists watched fMRI images of senior managers and entrepreneurs as they worked through two kinds of decisions. First, exploitative decisions where the subjects looked for ways to optimize existing systems or objects. Next, they worked on exploratory decisions that required subjects to look beyond current tasks to “search for alternative courses of action.” In other words, exploitative tasks are like multiple choice questions, while explorative tasks are like essays. In the former, the answer is given, but you have to craft the answer yourself in the latter.

Why This Is Significant

Managers who rely only on the left side of their brain are unlikely to find answers that aren’t already known and available. Entrepreneurs, on the other hand, can envision possibilities beyond the scope of their experience.

This may explain why businesses that decide to become more entrepreneurial (I’ve worked for several) usually fail at the mission. Left-brain thinkers struggle with acting like whole-brain entrepreneurs. They can’t see what they haven’t seen already.

Businesses and B-Schools have shunned whole-brain thinkers for the past 30 years. Few managers are wired to think like entrepreneurs. The exceptions are . . . well . . exceptional: Bill Gates, Steve Jobs, John Mackey.

What You Can Do About It

The good news is that managerial thinking may be a learned behavior. It’s possible that people can rewire their brains to become more entrepreneurial. Here are two ways to engage more of your brain:

1. Print this acronym in the largest font that will fit on a piece of paper and hang it where you’ll see it many times a day: WYSIATI. That stands for “what you see is all there is,” and it comes from the Nobel psychologist Daniel Kahneman. It describes the problem of half-brain thinking—of believing that the world ends at the horizon of our experience. Your WYSIATI sign should prompt you to think about the answer that isn’t given, the solution that’s never been tried, the people who don’t work for you yet, which leads to the second solution.

2. Hire entrepreneurial thinkers or promote the ones you already have. While we can rewire our brains, it takes time. And many managers won’t play along. (WYSIATI will prompt many left-brainers to think, “that’s nonsense.”) The fastest way to build entrepreneurial thinking into your organization is to give whole-brain thinkers great latitude to lead things. But it would help if you stood behind them, overcoming your innate tendency to demand concrete proof.

For a great video on the left and right brain, check out this RSA Animate on The Divided Brain: 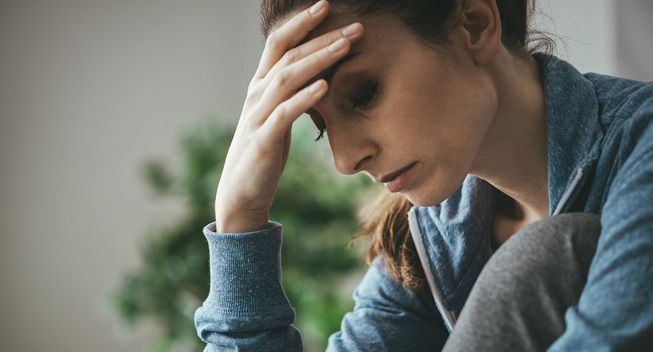 How to Free Your Mind from Trivial Decisions